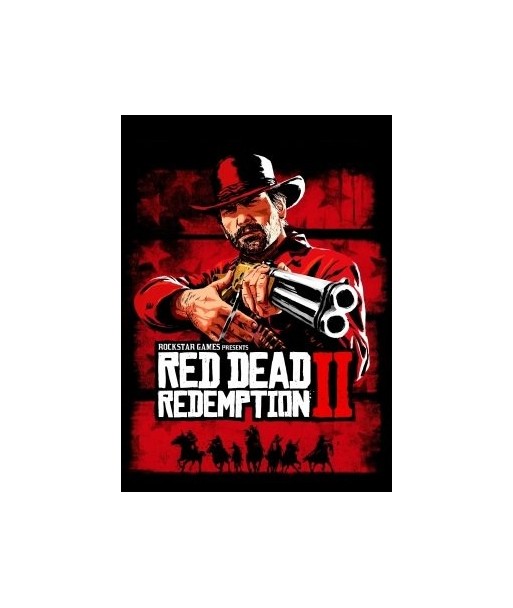 In Stock with Supplier

Notify me when available

Red Dead Redemption 2 for PC is an action adventure, open world game in which the player can roam freely with some elements playing out in third person, others in first person play modes. The player can commit crimes, but must then be prepared for law enforcement to hunt them down, ready to bring to bear the full weight of the law on the miscreant!


RDR2, as the game is affectionately known, was released for other platforms before the PC release, and this saw the game gaining the title of best-selling game of all time, before the PC game figures were included. The reason for the game’s popularity is not hard to see.

Unlike games where mayhem and destruction are key, this game allows you to sink into the beauty of the Wild West scenery, and to form empathic and sympathetic bonds with other players and NPCs (non-playing characters) in the moments between the action driven sequences – of which there are also many.

You play as Arthur Morgan, a member of the Van der Linde Gang, and the linear storyline guides play through set story arcs, with Arthur completing missions and achieving objectives as he goes along, guided by the overall narrative.

Once each mission is complete, Arthur is free to wander the open world, exploring widely and uncovering new places and, occasionally, stumbling onto his next mission which he can play through before returning to his original point to continue from there.

Despite the tightly plotted story arcs, the game is strongly player driven, with your decisions deciding where the game will take you next. You can linger along each journey, catching villains committing crimes, helping people in distress and helping them with side missions, or you can pass them by, ignoring all the NPCs in your determination to get to your next destination.


Given that the game sets a high consideration on the aesthetics of the game, it will come as no surprise that huge amounts of detail have been put into creating the best looking game play, backgrounds and movement shifts possible.

Shadows and reflections are more detailed and realistic than ever before with higher resolution and sharper definition. Trees, grass and snow all look and ‘feel’ more authentic as you play over them, with subtle alterations in sounds helping to give a realistic impression of the terrain over which you are playing.
Movement is more responsive too, with drawing weapons seeming fluid, and walking, riding and running authentic as far as the graphics and physics engines are concerned.

New Features to Look Out For

No customer reviews for the moment.

13 other products in the same category: